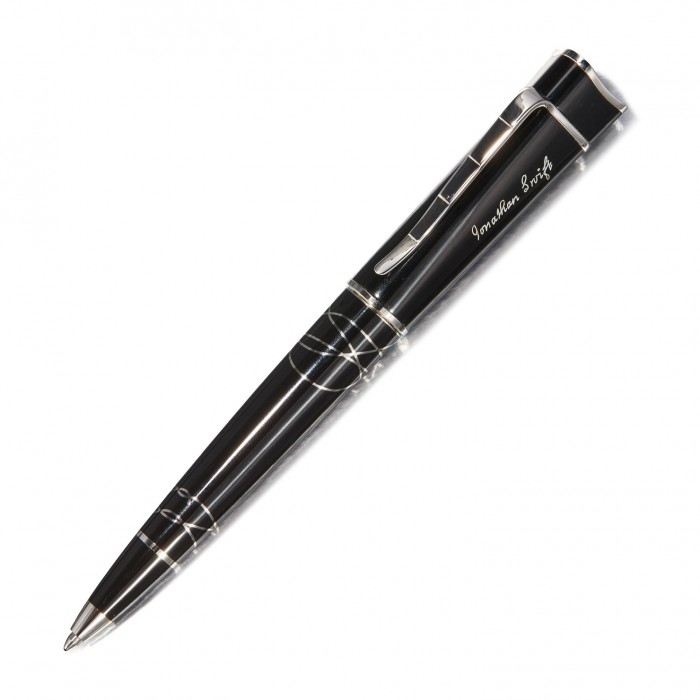 Jonathan Swift spent his childhood and youth in both England and Ireland and was ordained a priest of the Anglican Church at the turn of the 17th century, and later on became deacon of St. Patrick's Cathedral in Dublin.

Working on his first books, he followed his passion for literature and developed his strongest weapon - his sharp pen.

His biting satires criticised social and political injustice in England and Ireland.

In more than 30 works he proved himself a witty and sharp-tongued author who was not afraid to heap scorn on his opponents.

His 1726 novel "Gulliver's Travels" is generally considered a masterpiece of satire and has succeeded in enchanting generations all around the world with its rich imagination.

It still is one of the most widely-read classics of world literature.

The design of the Jonathan Swift Limited Edition is inspired by his masterpiece "Gulliver's Travels".

This writing instrument is decorated with platinum coated fittings and multilayered inlays, and the top of its cap is reminiscent of Gulliver's tricorn.

The clip depicts the staircase the mayor of Lilliput had to climb to be able to talk to Gulliver.

The pen has a unique triangular design, measures 13.5 cm and weights 53.3 grams.