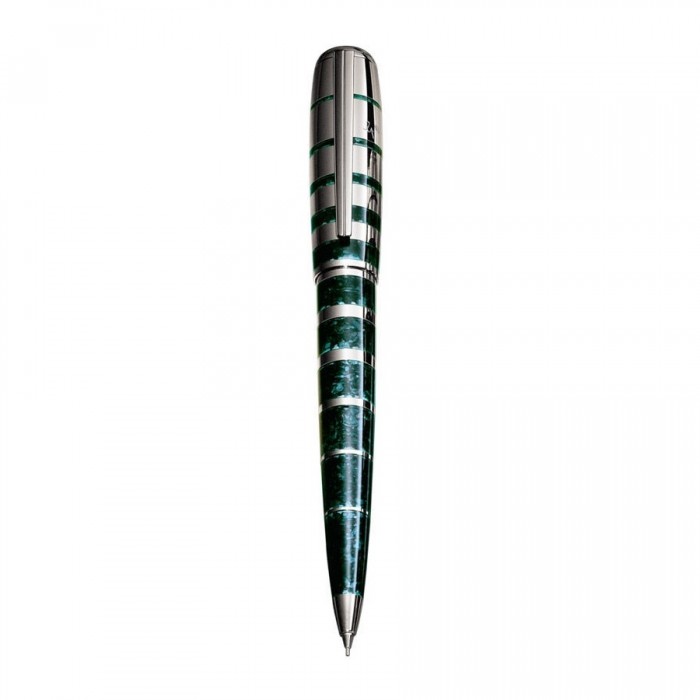 For the Dublin-born dramatist, the written and spoken word was at one and the same time the expression of his artistc creativity, his free spirit and his criticism of social evils.

Although his works constantly sparkled with subtle dialectics and his characteristic wit, they were also always a sounding board for individuality, social responsibility and humanity.

"Pygmalion" -perhaps Shaw's most well known work, is the essence of his literary creativity.

In this dramatically brilliant comedy full of wit and fine irony, Shaw subtly ridicules the class differences in Victorian England.

Shaw also proved his political consciousness away from the literary sphere: in the Fabian Society, which he co-founded, Shaw sought the reformation and modernisation of English society.

In 1926 George Bernard Shaw was awarded the Nobel Prize for Literature.

In 1938 he won an Oscar for his film script adaptation of "Pygmalion".

This is a very impressive mechanical pencil with exceptional color, whose magnificence is further enhanced in natural light.

A total of 4000 numbered George Bernard Shaw mechanical pencils were produced and were made available as parts of sets along with a fountain pen and a ballpoint pen.

The mechanical pencil listed here comes from our store collection and it is new, unused, never sold in the past. It originally was part of a set, of which the other pieces were sold separately in the past. This mechanical pencil comes in a standard Montblanc giftbox, not in the dedicated writers edition box.