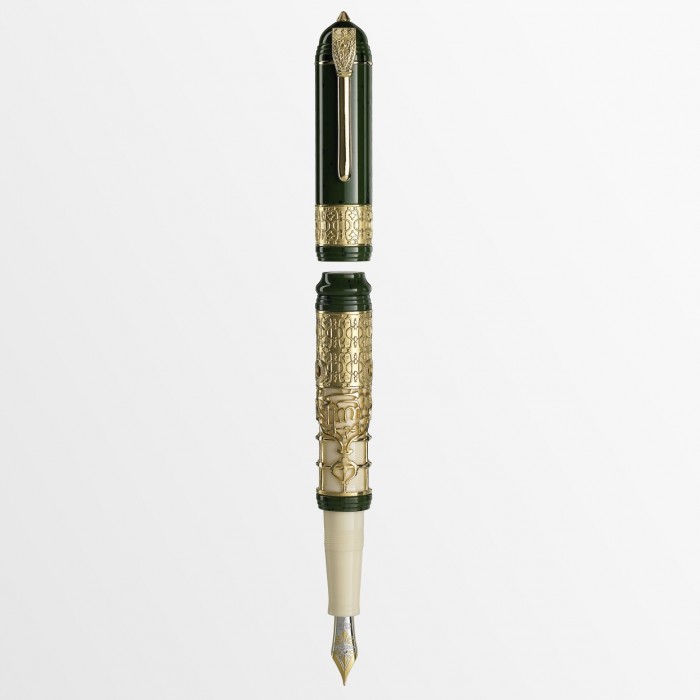 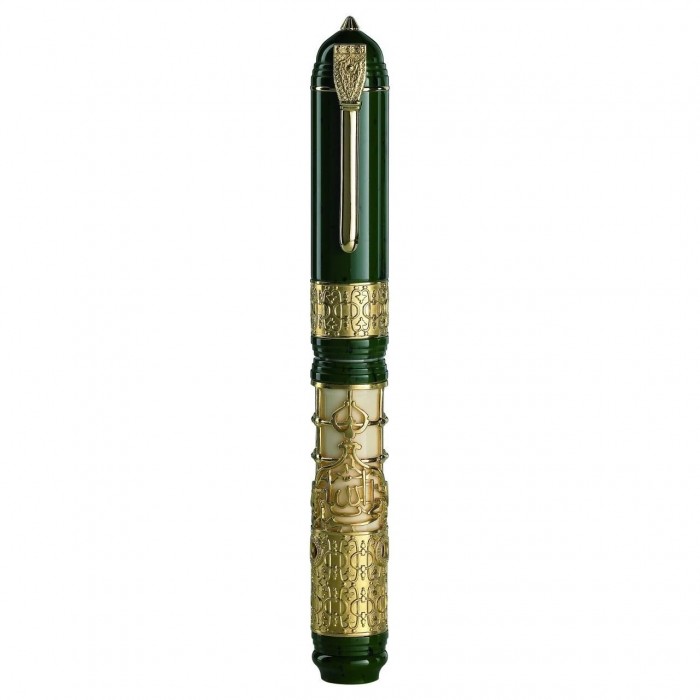 Released in 2011, the Visconti Medina Vermeil Limited Edition fountain pen is a part of Visconti's Mystic Pens theme, a series of pens dedicated to the Mystical and Religious aspects that underlie each global culture.

The Medina fountain pen is dedicated to one of the Holy Cities of the Islamic religion, and the city in which the Prophet died.

The fountain pen is turned from ivory colored resin bars, and has a green marbled cap recalling the famous dome, one of the most well known symbols of Islam along with the Kaaba.

The focus of the pen is the microcast artwork sleeve that decorates the shaft of the fountain pen, and which represents the doors of the chamber where the prophet is buried.

The cap has a large  ring with patterns recalling those doors, and the whole decoration is in great harmony with the shaft. The clip recalls the form of the many columns inside the Mosk.

The Mecca Vermeil limited edition fountain pen was released in 622 numbered copies, a number inspired by the year of Hijra.

This is an extra large fountain pen (15.8cm long, 18mm girth), and a unique handmade piece of art. It comes with Visconti's Dreamtouch nib made of 23kt palladium, and uses Visconti's power filling system.

The Visconti Medina Vermeil Limited Editon Fountain Pen comes in an exceptional wooden gift box, with a perforated design that can also serve as a display case.