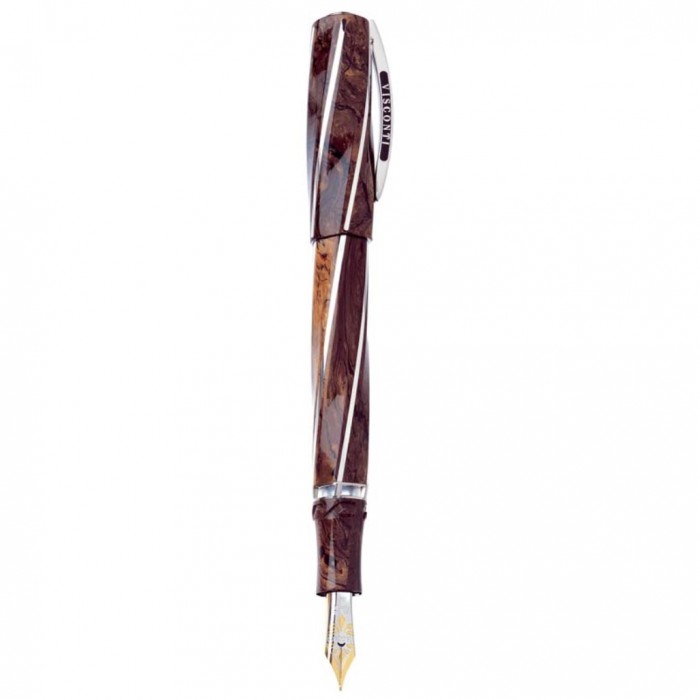 From nature to the sublime.

This fountain pen’s design follows the proportions of the golden ratio which surrounds it with an aura of the divine.

Part of the uniqueness of the Divina Proportione Silver Brown Celluloid Fountain Pen comes from its long and meticulous creation process.

The dominant material here is the marbled brown celluloid that forms the barrel and cap of the pen. The celluloid is embraced by rails of pure silver that are inserted into the body one by one, by hand in a long process that requires outmost attention to detail.

The fountain pen is adorned with the classic Visconti arched clip and has a cap with Visconti's hook safe system.

The pen comes with an 18kt gold nib and uses a touch-down filling system, similar to Visconti's power filler. The filling system carries a decoration exclusive to this edition, that is only visible when the user is filling the pen up. The whole pushed of the filling system is decorated with laser printed inscriptions of the fibonacci series and the phrase "divina proportione" imbuing on this special fountain pen the sense of connection between numbers and nature that intrigued men of the Rennaissance.