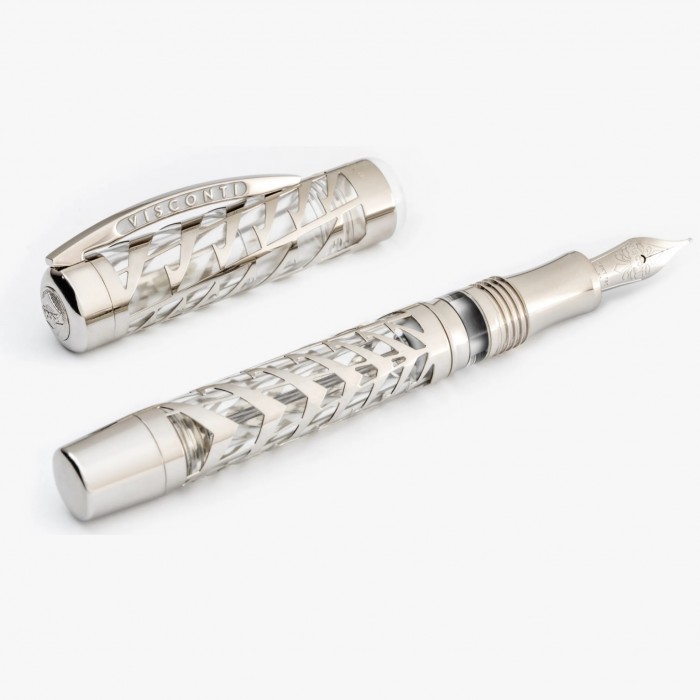 The Watermark fountain pen doesn’t follow the rules of space and time. This futuristic design retains all the distinctive signs of an artisanal soul.

The Watermark is an addition to Visconti's long tradition of skeletonized pens, a limited edition of 888 numbered pieces.

The Watermark fountain pen has Visconti's classic double reservoir filling system. The twist on mechanism utilises Piltz threads, typically used on camera lenses, which make it possible to screw the cap on in no more than a turn and a half. This technique was chosen to keep the filigree on the barrel and cap perfectly aligned.

The Watermark pen’s filigree design, cut out of a solid tube of silver, is only the first step in a lengthy manual process.

The dynamic succession of Vs, recalling the Visconti logo, has made this pen stand out as both original and elegant. It immediately became a highly sought after pen and even received the title of Best Pen Design 2017 - the year of its introduction.