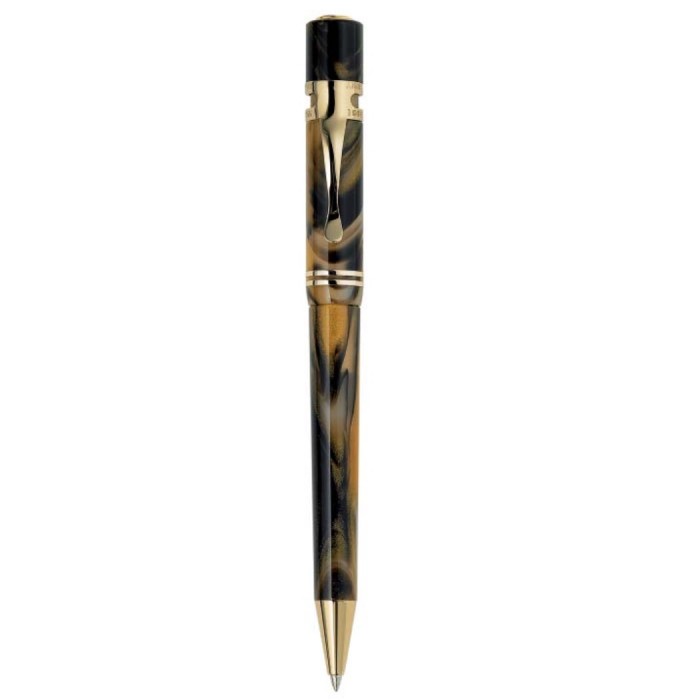 To celebrate its 20th anniversary, in 2008, Visconti redesigned the Ragtime and came out with a limited edition of very unique writing instruments.

The Visconti Ragtime 20th Anniversary Limited Edition was available in fountain pen, rollerball pen, and ballpoint pen, 1988 numbered in each writing instrument style to match with the year Visconti launched its first collections.

The Ragtime 20th Anniversary has an exceptionally unique barel that combines tones of brown, black, gold and beige in waves. Because of the way the rods are produced each of the writing instruments has a unique pattern that makes it similar but not identical to the next.

The metal parts of the Ragtime 20th Anniversary are gold coated, and the clip stands out for its vintage aesthetic that reminds us of the glamour of Visconti's early collections.