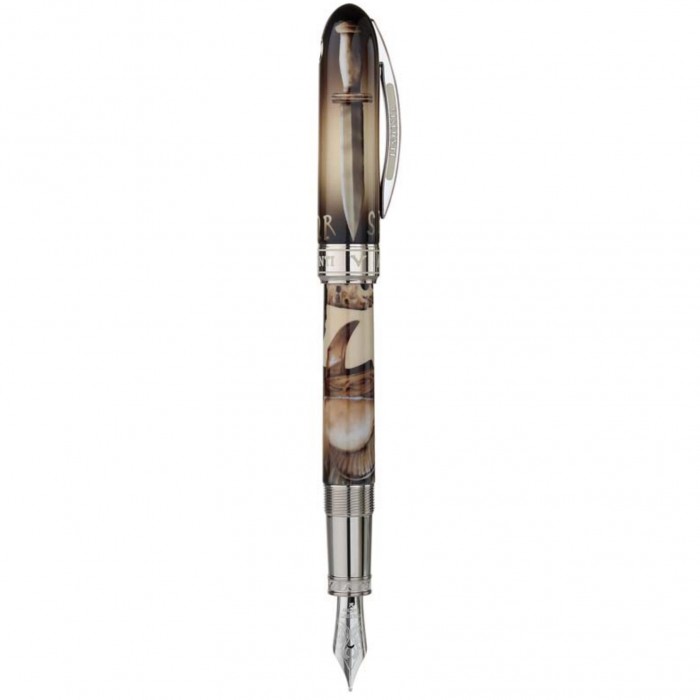 Several themes were developed in the duration of the cooperation, among which the "Civilizations" collection a part of which the present pen "Rome" was. The pen has a detailed painting of several elements that recall the civilization of the ancient Romans, including a Roman helmet and a Roman sword, the letterheads SPQR, and images of Roman architecture.

The Visconti Mazzi Civilizations - Rome is a limited edition of 206 numbered fountain pens.