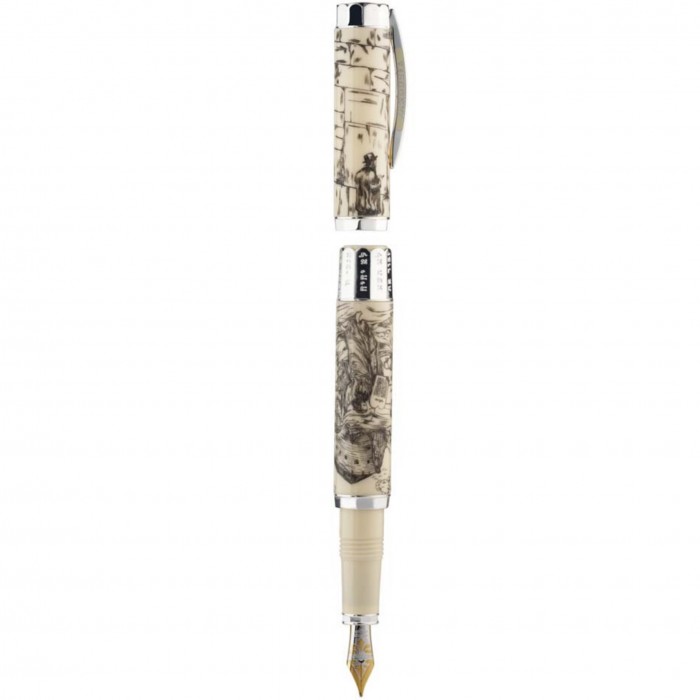 An extraordinary limited edition dedicated to the Jewish faith, that combines the artisanal scrimshaw technique and silver on an oversize writing instrument.

The Sterling Silver edition is developed on an ivory white resin, and features in highly detailed scrimshaw scenes from the new and the old testament that are central to the Jewish faith. The scenery develops both on the cap and the barrel of the writing instruments, and is highlighted in black.

The edges of the pen feature a specially developed 10-sided crown in sterling silver that is reminiscent of the 10 commandments, with the back-end being particularly interesting on each of the 10 sides it bear the engraving of a command.

The fountain pen comes with an 18kt gold nib, and uses Visconti's power filler. The power filler's button is hidden under a blind cap on the backside, and to add to the meticulously detailed pen, it is in the shape of the Temple.

The Visconti Jewish Bible Limited Edition Fountain Pen comes in a luxurious leather gift box in the shape of a vintage book.