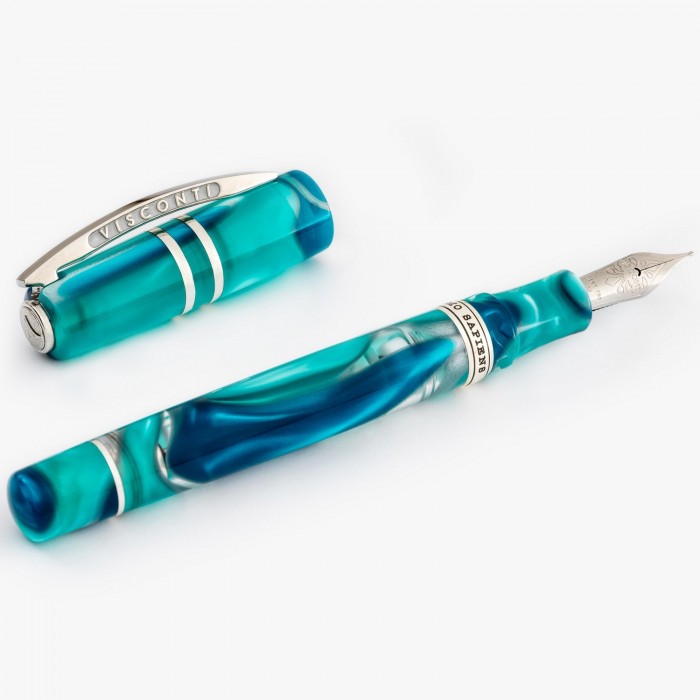 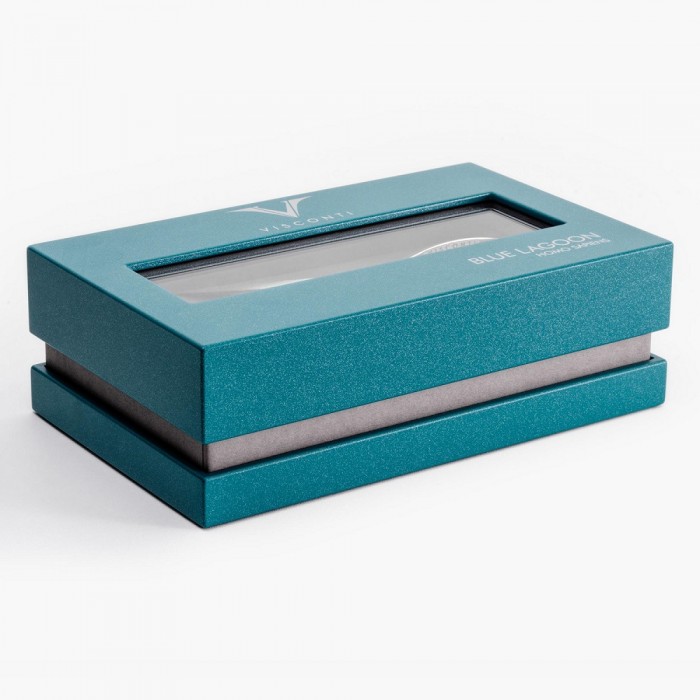 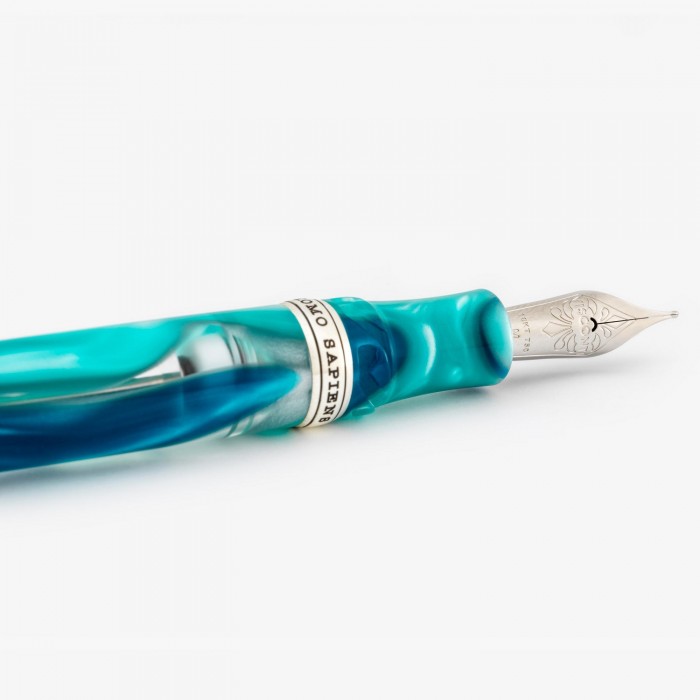 The essence of the modern man meets the primeval beauty of nature in this collection inspired by the majesty and strength of the ocean.

No two waves are the same, each one has its own shades, movement and power.

This unique pen with its light blue and aqua swirls echoes the perpetual vitality and changeable nature of the sea.

The distinguishing characteristic of this handmade pen is its transparent body. The Demonstrator technique initially used to present pens to retailers, reveals the inside of the writing instrument. It later became an iconic object sought out by collectors and pen lovers alike.

The pens are made and polished in our Visconti workshop.

Because the pen is a Demonstrator model and therefore see through in parts, all the resin components have to be minutely and manually polished both on the outside and the inside with little felt polishing tools.

The Visconti arched clip is embellished with a mother of pearl enamel.

The pen closes with a our patented hook safe lock closure.

The pen comes in an aqua wooden box with Homo Sapiens Blue Lagoon written in silver lettering on the lid.

This is a limited edition pen of 888 numbered pieces released in 2020.