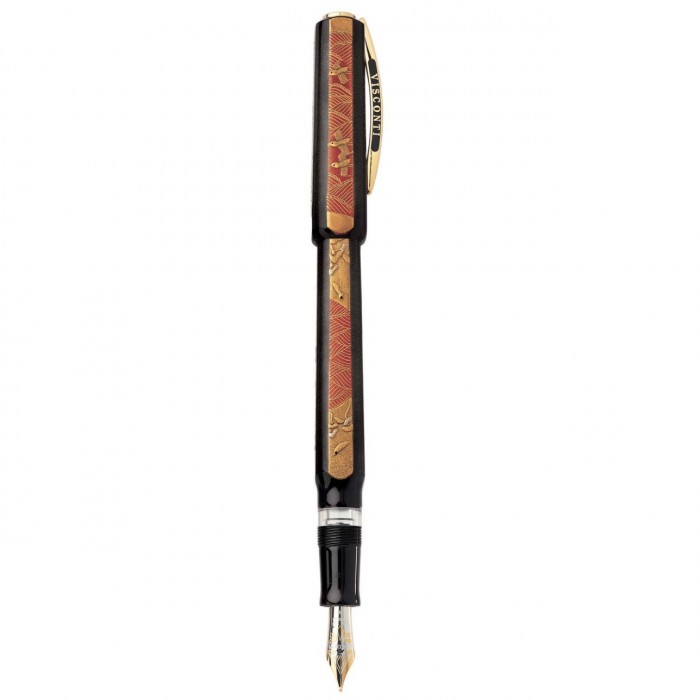 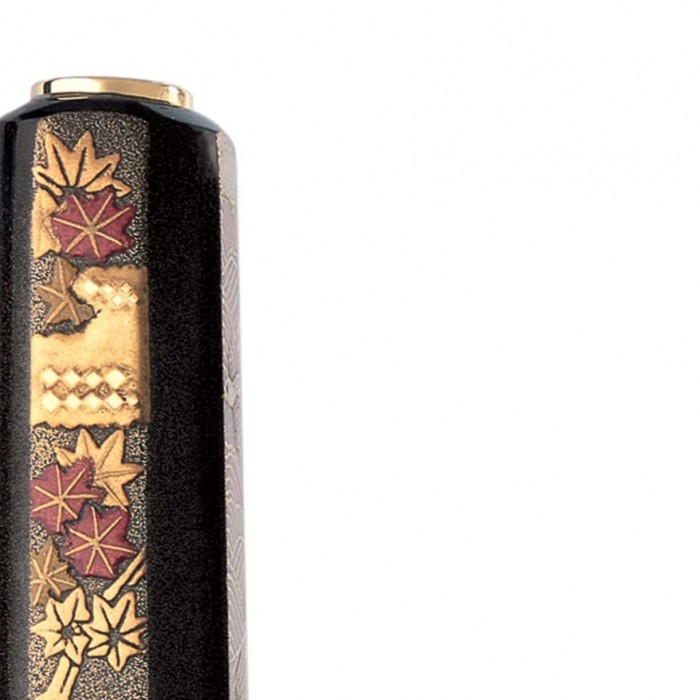 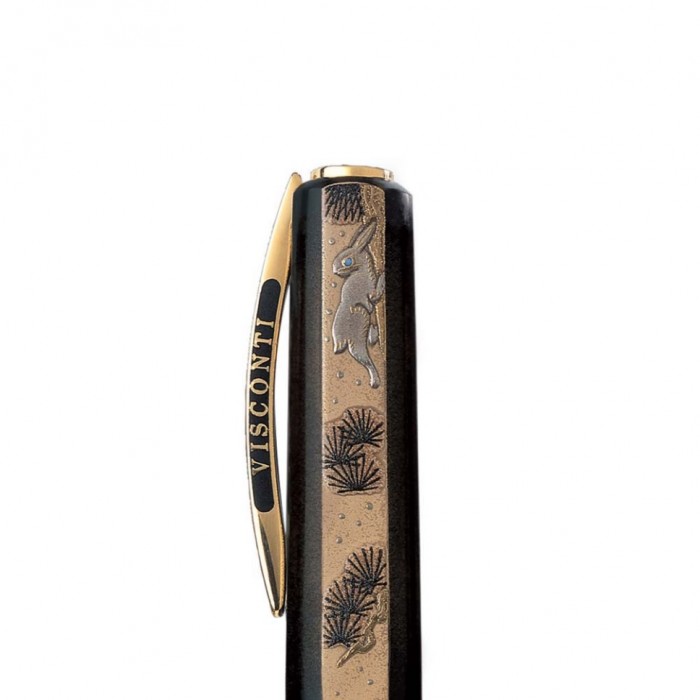 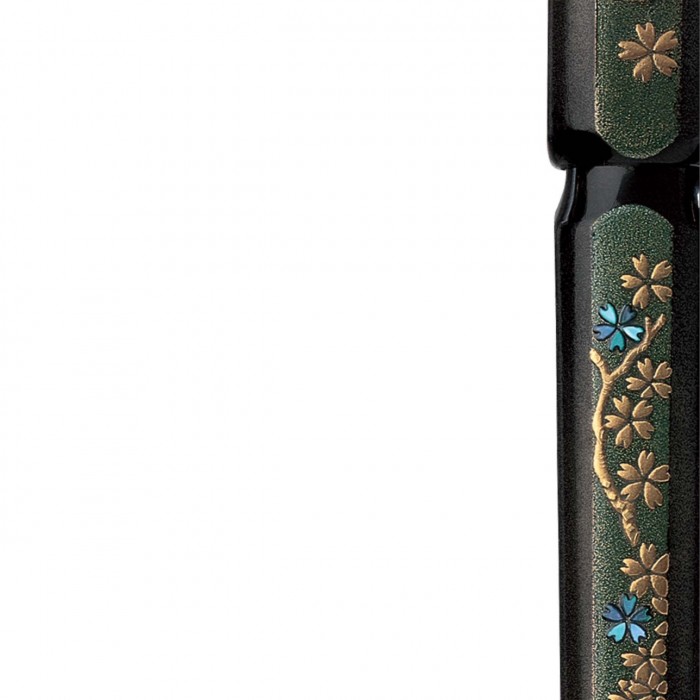 On each of the fountain pen's sides a different season is presented on urushi panels using different techniques of maki-e. Each of the seasons is painted in a complicated decoration with characteristic images and colors.

Like the Supernatural Creatures pens, the Four Seasons is a creation of Master Oshita’s wrapped around Visconti's technical expertise.

The Four Seasons Makie was released in 2007, and is a double reservoir power filler fountain pen with a bi-color 18kt nib.

On each facet the four seasons are represented by Master Oshita’s wonderful paintings. The drawings were made using a mix of the most difficult to master maki-e techniques. The pen in itself symbolizes time’s passing: there is no beginning, no ending, just the never ending cycle of nature and life itself.

The pen comes in a luxury gift box.