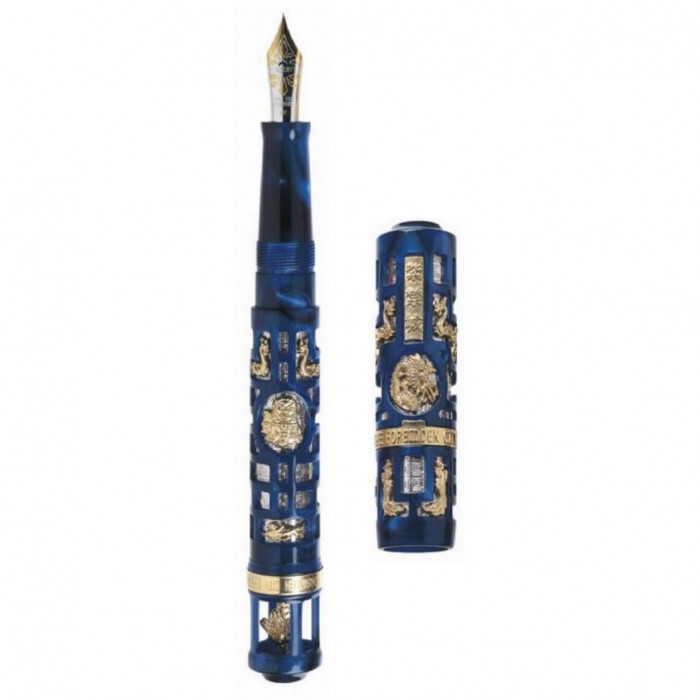 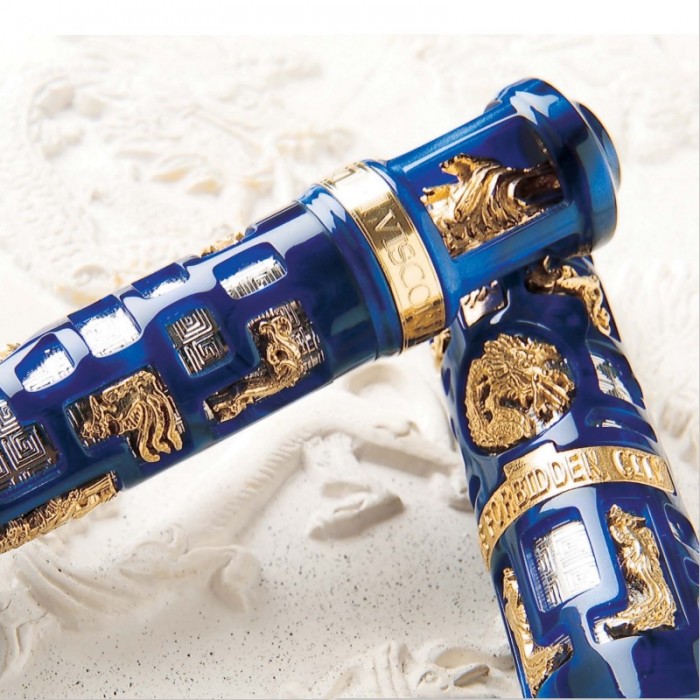 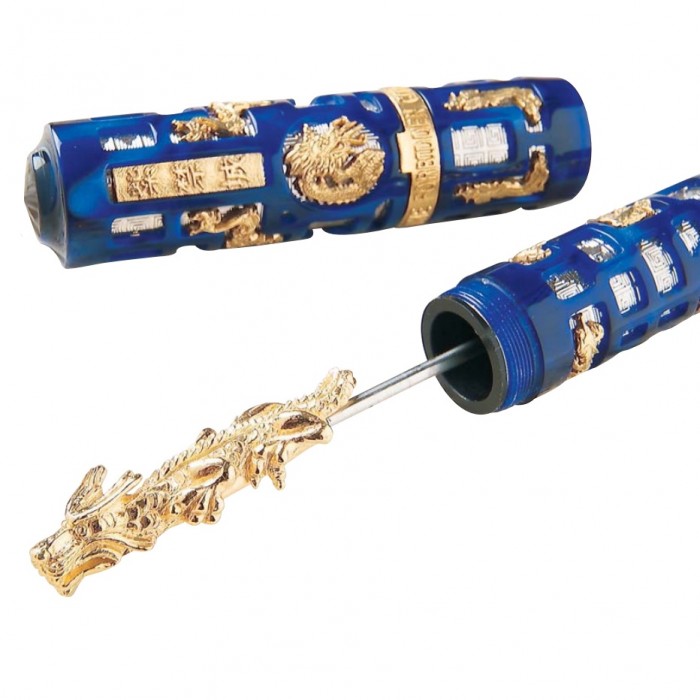 To the Occidentals the Forbidden City of Beijing is a glorious symbol of Chinese culture. To the Chinese it is a reminder of the greatness of their Imperial era, of the reach and power which the Emperors of old had, and the leader of today aspire to.

To this legendary symbol of Imperial China Visconti has dedicated a unique oversize clipless fountain pen.

A "cage" has been constructed out of precious resin, a reminder of the sense of isolation and interdiction, which has been connected with the Forbidden City till the present days. Inside the cage we can see legendary and symbolic animals of Ancient China: the Dragon, the Phoenix, the Lion, and more miniaturized, and reproduced in little sculptures which spike the imagination. The sculptural work has been executed in the technique of lost wax.

The Dragon, which represents the Emperor, and is the focus of the whole Forbidden City has been turned into the soul and essence of the pen, as the pusher of the power filling system.

The Forbidden City Silver in Blue Resin is a limited edition of 888 numbered fountain pens and comes in a spectacular custom box. The fountain pen has a 2-tone nib made of 18kt gold and a power filling system operated through a "dragon" pusher hidden behind a screw-on blind cap in the back of the pen. The cap has a screw on closure system. The main construction of the pen is made out of sterling silver, while the exterior "cage" is made of royal blue precious resin.

The pen listed here is new from our stock.

Please note that the silver & gold coated silver parts may have naturally oxidized (turned darker) over the years, feel free to request images of the actual pens available.