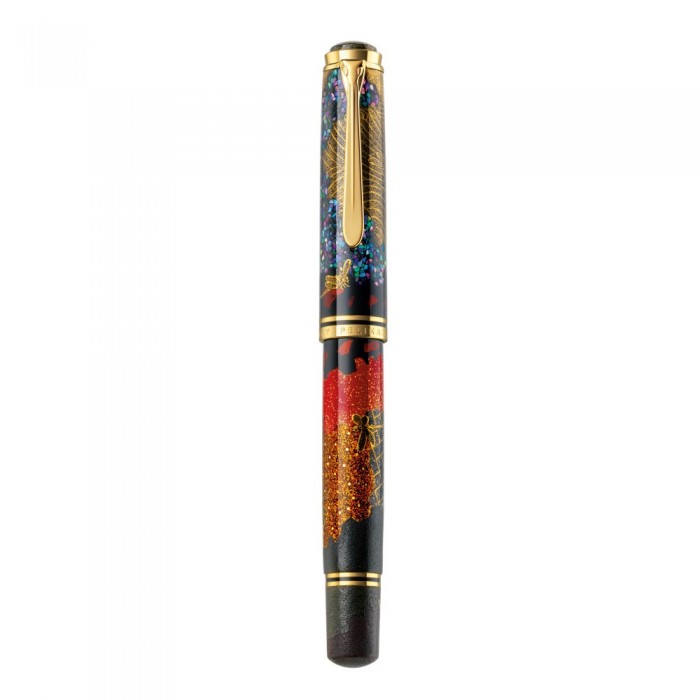 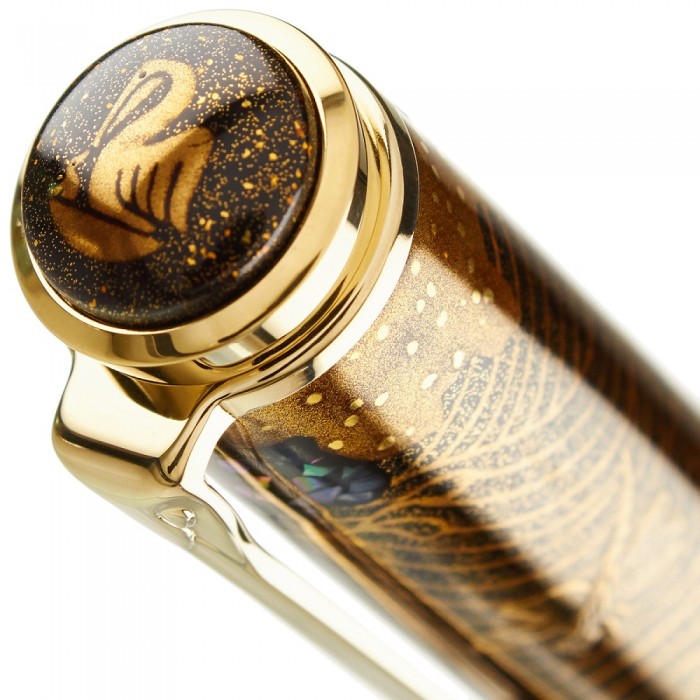 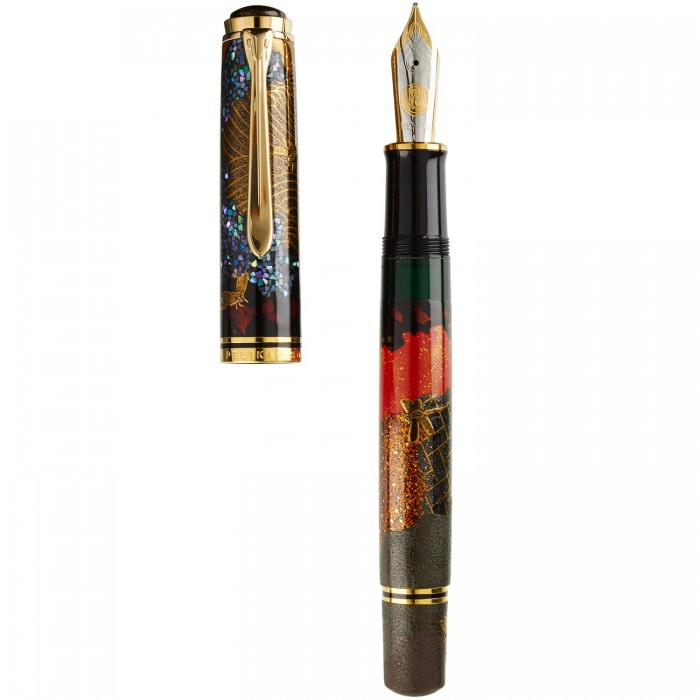 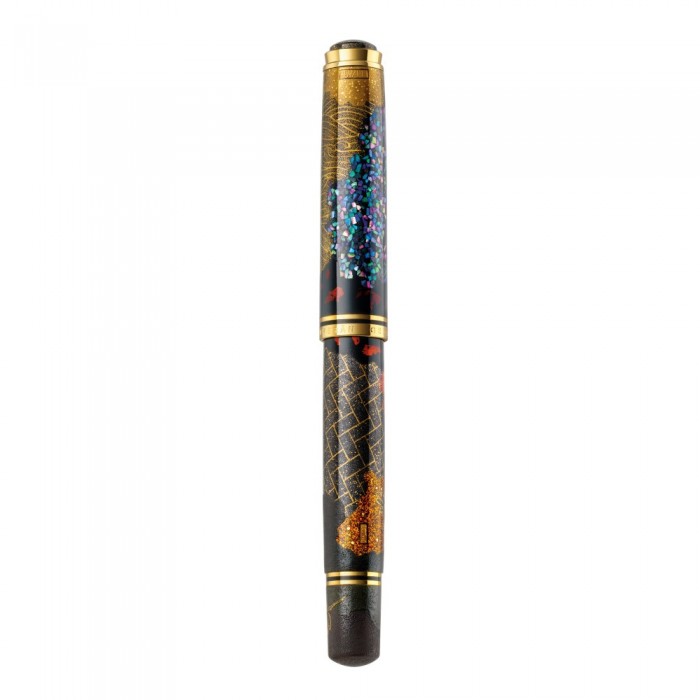 This distinctive and unique fountain pen was crafted and drawn using the Kaga-Togidashi-Taka-Maki-e technique.

Dragonflies are famous for their exceptional flying properties. As they only fly forward and never go backwards, they are considered as a lucky symbol in Japanese mythology representing endurance and perseverance. During the age of wars in Japan, Samurai used the design of dragonflies as an ornament for their ordnance, such as armor, head protector and sword-guard.

There are five dragonflies vividly drawn on the beautiful background of the fountain pen barrel. This background depicts "Tsugigami", a traditional Japanese paper made by connecting various pieces of paper with different colors and materials. The image of the dragonfly is created by using many different Maki-e techniques such as Raden, Byakutan-nuri, Kawari-nuri, and Togidashi-Taka-Maki-e.

The "Dragonfly" is a masterpiece that combines the craftsmanship of Pelikan Germany based on 179 years of tradition and technology coupled with superior Japanese traditional Maki-e painting techniques.

The Limited Edition “Dragonfly” is limited to an edition of 111 pieces worldwide. Each fountain pen is equipped with an 18 carat, two-tone gold nib and is encased in a traditional Japanese pen box made of paulownia wood.