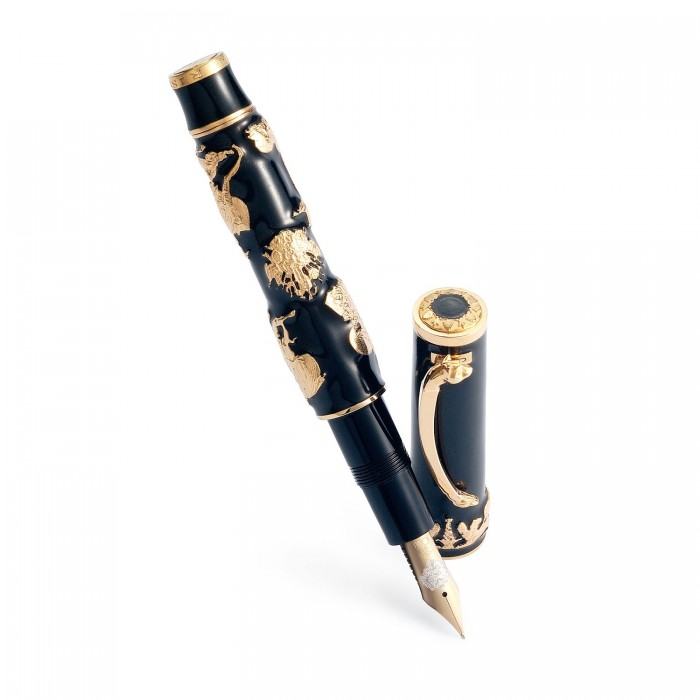 In 1547, at the tender age of 17, Ivan the Great was proclaimed Czar (from the Latin Caesar) of All Russias.

This title, which originated from a legend which recognized the imperial rights to one of his predecessors from a Byzantine Basileus, made him the first autocratic emperor and the initiator of a long period of great developments in several areas; one of the best and most significant periods being the Empire of Alexander I (1801-1825).

Interpreting certain medallions of Fyodor Tolstoy which illustrate the patriotic war of 1812, inspired by Ancient Greece and Rome, in this piece OMAS has symbolized its military strength, the pride of the Motherland and the strength and character of its inhabitants and, at the same time, its culture.

Recalled its political importance and, using the lions at the end of the cap, its economic importance, sovereignty not disjointed by luxury and beauty.

The original clip which completes this pen recalls an Egyptian divinity, a clear allusion to a fundamental style which, together with the Renaissance, especially the Italian Renaissance, and then, the Baroque period, relived and animated a little, contributed to the creation of superb cities and masterpieces, everlasting documents of splendor and grandeur. 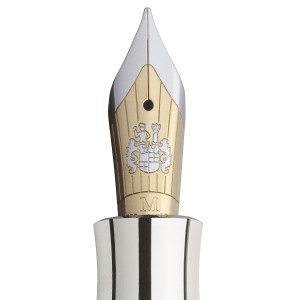