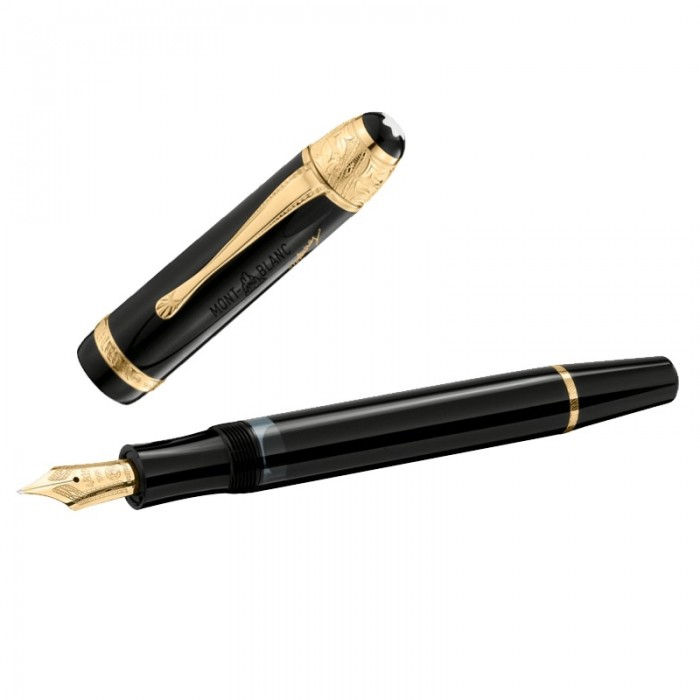 In honor of a great thinker: Montblanc Voltaire

The Voltaire Limited Edition is Montblanc's tribute to one of the most important thinkers of the modern age.

While Voltaire was born into considerable wealth, he was also a man of great social conscience, whose controversial writings steadfastly advocated freedom of thought and earned as much criticism as popular acclaim.

Whether it is for his provocative comedies or his profound philosophical works, he will forever be known as the Father of the Enlightenment.

This limited edition Montblanc fountain pen is created in black precious resin and has details made in gold coated silver.

The signature of Voltaire is engraved on the cap as well as the number of the edition.

The Fountain pen has an 18kt gold nib with an engraving dedicated to the edition that also includes the year of release, 1995.

A total of 20000 numbered fountain pens were produced in the Writers Edition Voltaire.

The fountain pen has a length of 15cm capped, and weights 35.7gr. It is a piston filling fountain pen with a large window to the ink tank.