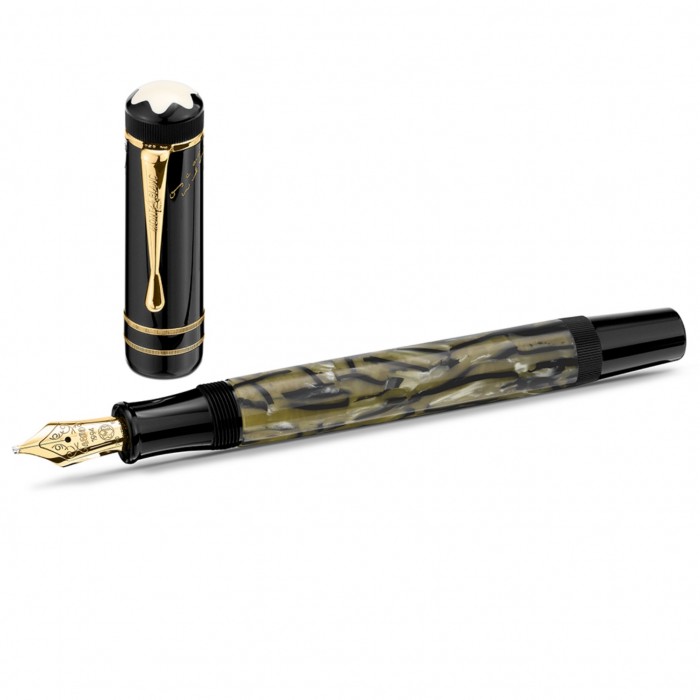 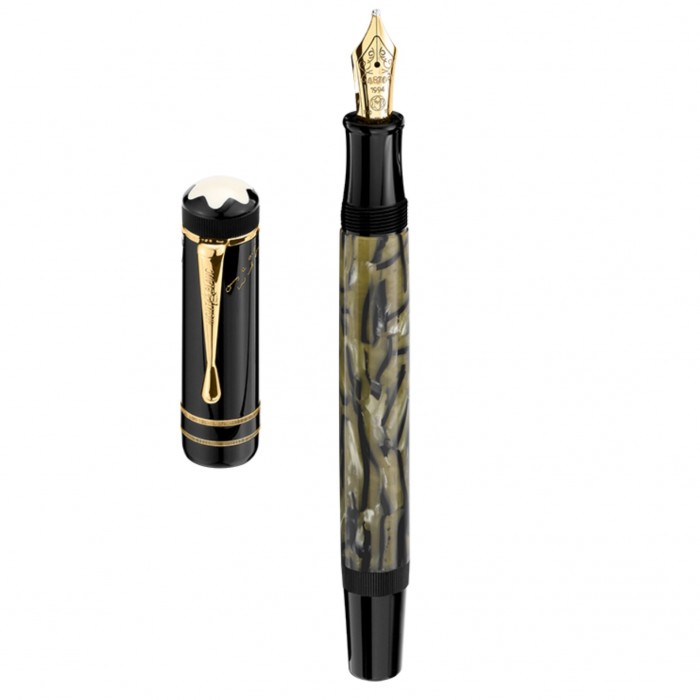 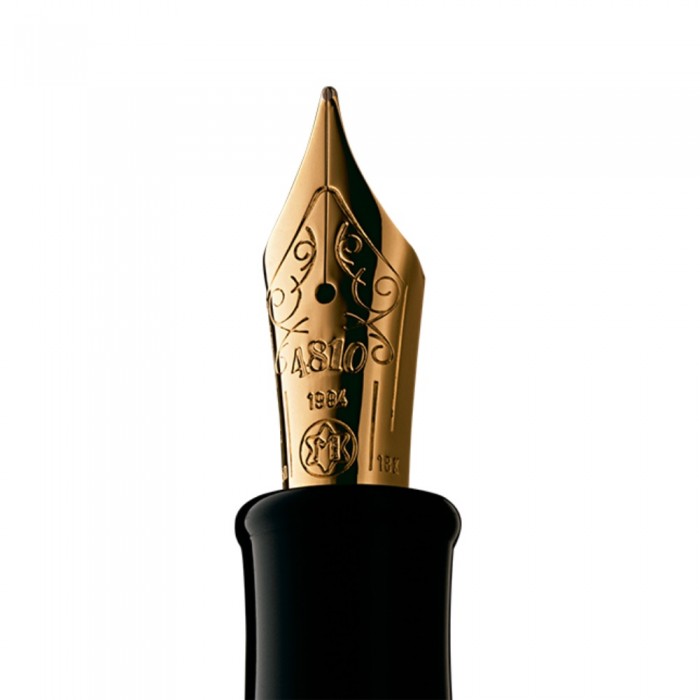 Oscar Wilde's (1854-1900) revolutionary view on the society of his days, his fight for aesthetic and moral freedom and his belief in individuality and simultaneous rejection of convention made this flamboyant man of letters a legend in his own time.

As a central figure of London's society at the end of the 19th century, he lived a decadent lifestyle, which exposed him more than once to the sharp criticism of the bourgeoisie. In addition to distinguished works such as The Picture of Dorian Gray and The Canterville Ghost, Oscar Wilde wrote numerous essays, poems and plays.

Montblanc honors Oscar Wilde with its Writers Edition for the year 1994.

Oscar Wilde's quote 'I have the simplest tastes. I am always satisfied with the best' is the inspiration for this edition. The unconventionally decorated barrel made of marbled precious resin is a reference to the passionate spirit of Oscar Wilde, and his flamboyant style.

The grip of the pen, the top of the cap and the piston knob are executed in black precious resin.

The cap carries the signature of Oscar Wilde in gold writing, while it is crowned by Montblanc's emblem in white resin.

The fountain pen has a dedicated 18kt gold nib with a dedicated delicate engraving reminiscent of the style of Oscar Wilde's era.

Montblanc's Writer Edition Oscar Wilde is one of the earliest editions, the third released, it was produced in 1994 and a total of _ numbrered fountain pens were produced. The fountain pen measures _cm capped and weighs _ grams. This is a piston-filling fountain pen.

The Oscar Wilde fountain pen listed here is preowned but scarcely used and over all in perfect condition. The original box is not available, the pen will be delivered in a standard issue Montblanc gift box.