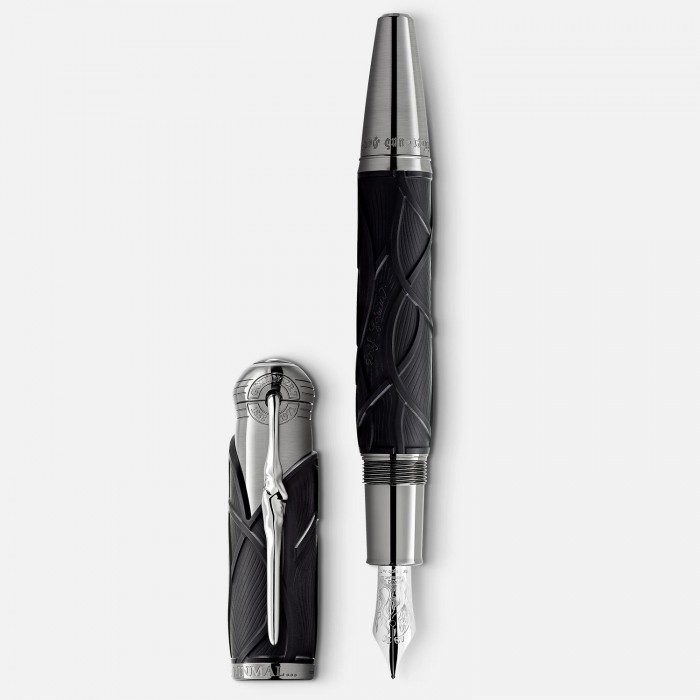 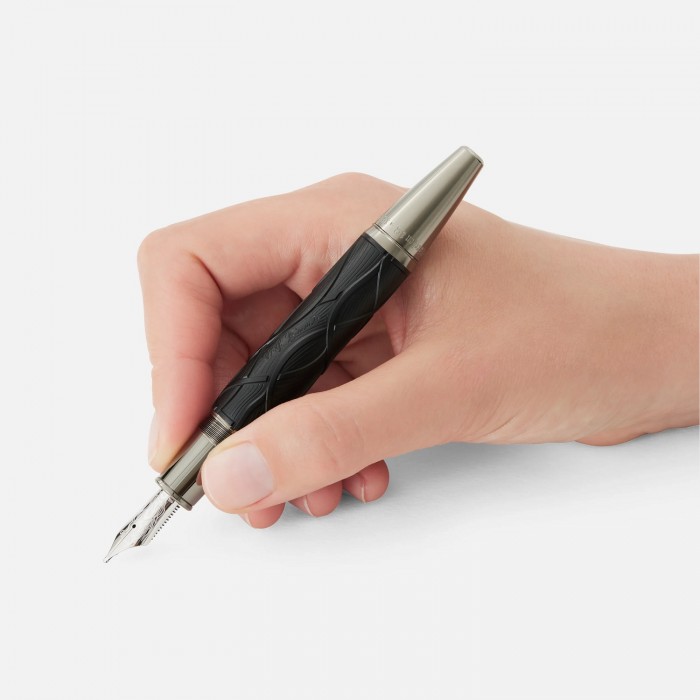 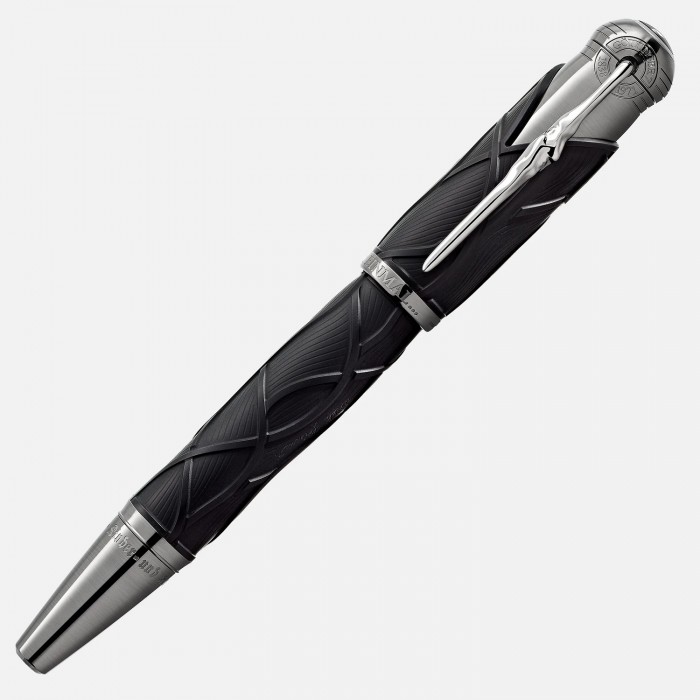 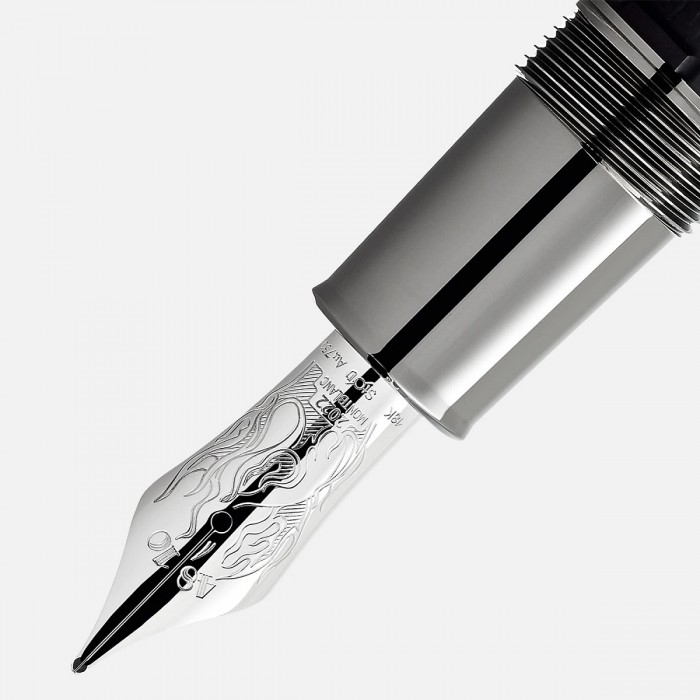 The Montblanc Writers Edition Homage to Brothers Grimm is dedicated to Jacob and Wilhelm Grimm and celebrates their work on German and European folk tales among which are some of the most famous fairy tales such as "Snow White", "Cinderella" and "Sleeping Beauty".

The overall silhouette of the writing instrument is shaped like an old hiking stick and the Black colour resembles the darkness of the woods which usually serve as the main stage for the Brothers Grimm´s folklore. In addition, the wave-like pattern on the cap and barrel is inspired by Rapunzel´s hair while also resembling roots as the Brothers Grimm viewed their linguistic work as "research into roots".

The cap is crowned by the Montblanc Emblem in precious resin.

The platinum-coated clip, reminiscent of a knobby piece of wood, surprisingly reveals the silhouette of the profile of the Brothers Grimm when turned.

As an homage to the magic of storytelling, the handcrafted Au 750 solid gold nib with rhodium coating bears flames which were often the setting around which folklore stories were passed on.

Montblanc's Writers Edition Homage to Brothers Grimm was released in 2022 and is a limited edition of 9800 numbered fountain pens. The fountain pen measures 146mm capped and weighs 54.2 grams. This is a piston-filling fountain pen.