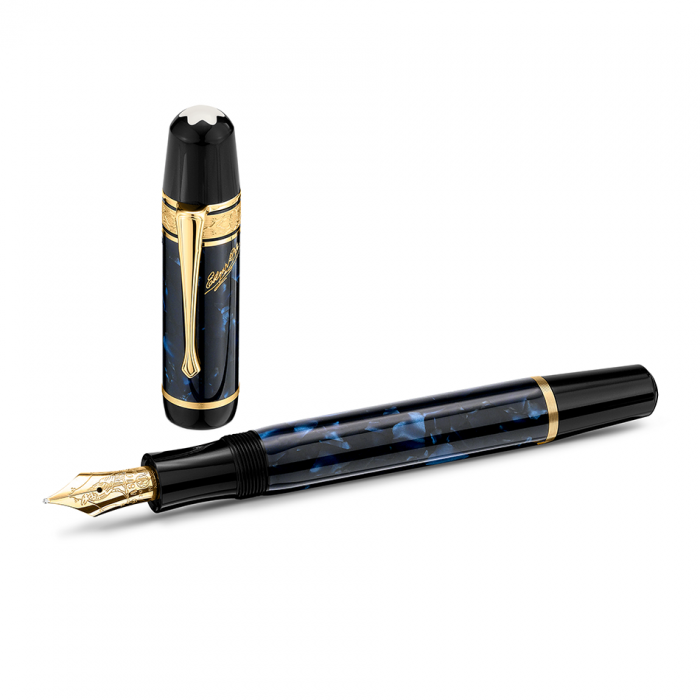 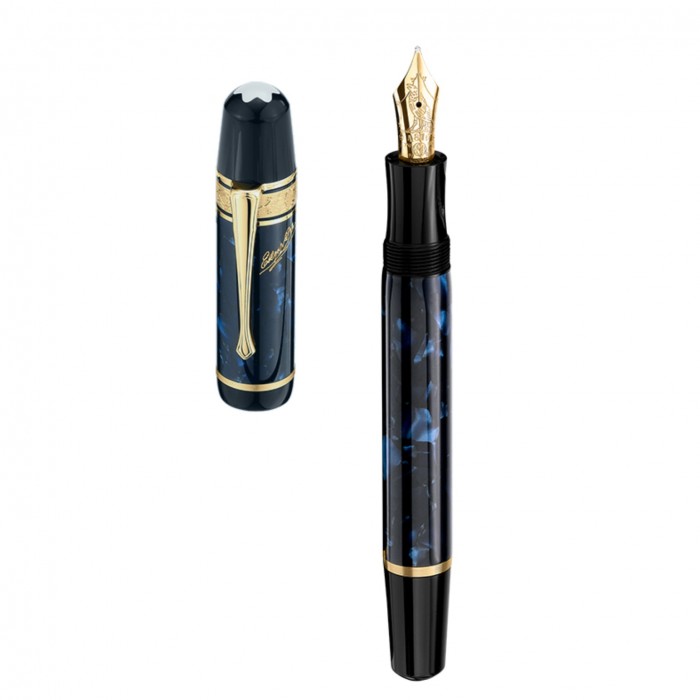 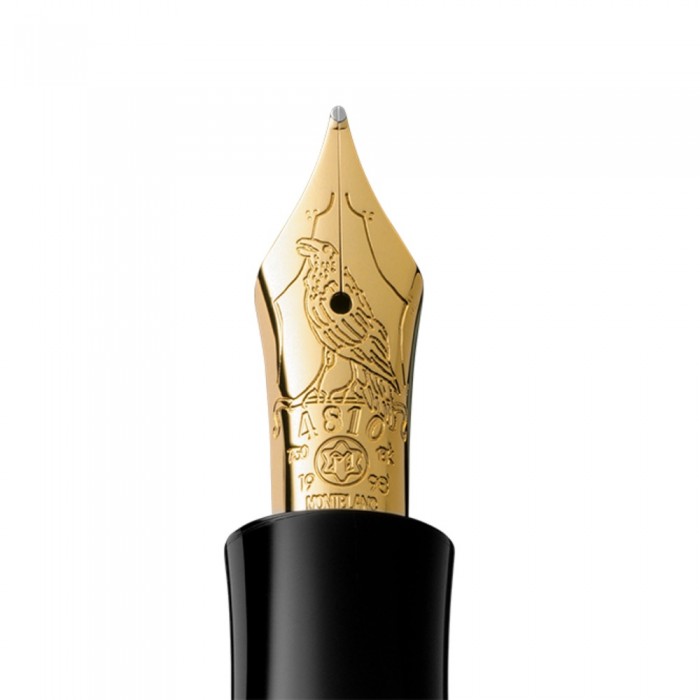 Egar Allan Poe (1809-1849) gained fame for his tales of horror and the supernatural. In works such as The Fall of the House of Usher and The Murders in the Ruw Morgue Poe managed to create a distinctive blend of intellect, fantasy and morbidity.

In The Raven the grand master of the horror story created a poem that is still learned by almost every school-child in the English-speaking world. Although Edgar Allan Poe got criticized throughout his life in the bourgeois American society of the 19th century, today he is acclaimed as a great and timeless author and as a pioneer of modern literature.

Montblanc honors Edgar Alan Poe with its Writers Edition for the year 1998.

Inspired by Poe's works in which logic and the supernatural are linked in a distinctive way, this edition also demonstrates a profound aesthetic sense in every detail. The interesting midnight blue marbling effect on the cap and the barrel give a mysterious gleam.

The grip of the pen, the top of the cap and the piston knob are executed in black precious resin.

Gold coated details highlight the dark volumes of the pen, among them, the gold coated clip, a ring with Victorian ornamentation that rests beneath the clip, and two additional decorative rings.

The cap carries the signature of Edgar Alan Poe in gold writing, while it is crowned by Montblanc's emblem in white resin.

The fountain pen has a dedicated 18kt gold nib with a delicate engraving of a raven.

Montblanc's Writer Edition Edgar Alan Poe was released in 1998 and a total of _ numbrered fountain pens were produced. The fountain pen measures _cm capped and weighs _ grams. This is a piston-filling fountain pen.

The Edgar Alan Poe fountain pen listed here is preowned but lightly used and over all in perfect condition. The fountain pen comes with a full set of box and service booklet. The guarantee was stamped for the original buyer.