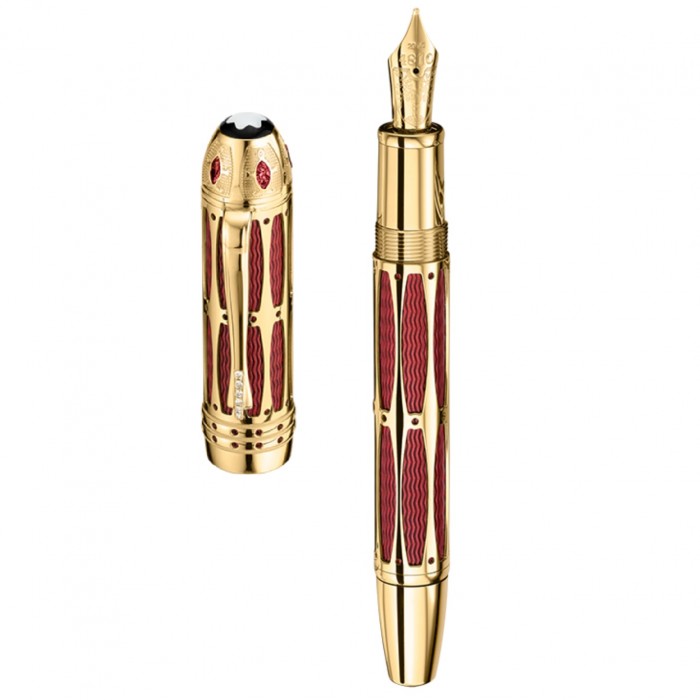 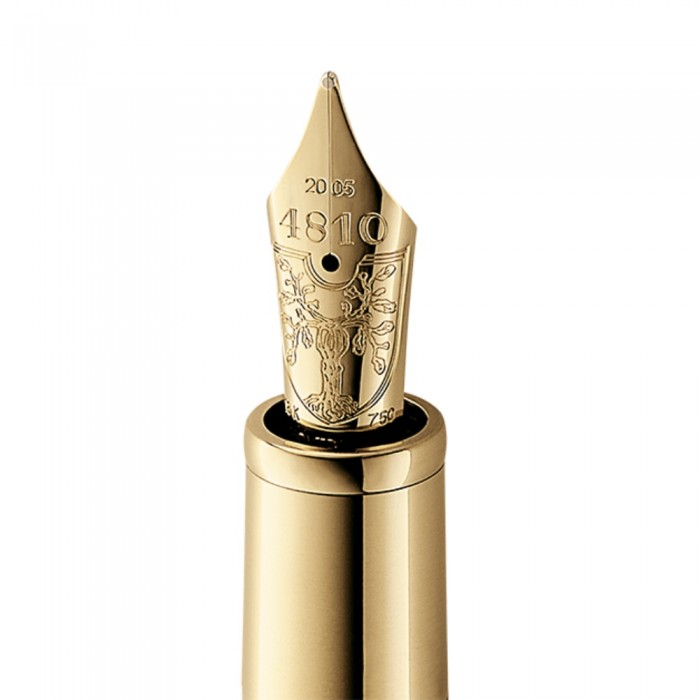 The price we list for this pen is indicative of estimated current values and recent trades. This pen is available for viewing only by appointment. Please feel free to contact us with your offers or for more details.

Pope Julius II (1443-1513) entered the Vatican in 1503 as Ponitfex Maximus and during his ten-year papacy he successfully worked to safeguard the church state and the unity of Italy.

During his pontificiate he made Rome the centre of the Italian High Renaissance. He not only initiated Donato Bramante's plans for the reconstruction of St. Peter's cathedral but also provided the financial support for Michelangelo's world-famous ceiling fresco in the Sistine Chapel.

The limitation of 888 pieces is inspired by the number 8, which is considered lucky number in Asian cultures, and is associated with the symbol for infinity, and hence perpetuity, peace and balance.

Montblanc dedicates to Pope Julius an exclusive edition made of 18kt yellow gold in only 888 numbered pieces.

The cap top of the Pope Julius II 888 fountain pen is crowned by a Montblanc's emblem made in precious resin. The emblem is surrounded by a masterful reflection of the tiara, the headdress of the Pontifex set with Rodolite in navette cut.

The clip is made of 18kt solid gold, and is set with 6 natural diamonds.

The latticework embracing the luxuriant maroon guilloched laquer is made of 18kt solid gold, and is meant to recall the colours of the papal clothing. The cone, which also serves as the piston knob, is made of 18kt gold too.

The fountain pen has an 18kt solid gold nib, decorated with the coat of arms of Pope Julius II.

The Montblanc Patron of the Arts Pope Julius II 888 Limited Edition Fountain Pen was introduced in 2005 in only 888 numbered pieces.

This is new pen from our stock, it has never been used or sold and is in an overall exceptional condition. This fountain pen comes with the full set of box and papers as supplied by the manufacturer. 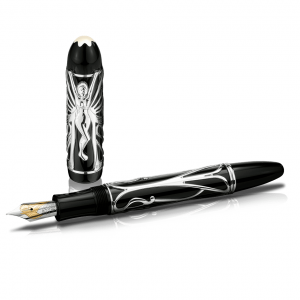 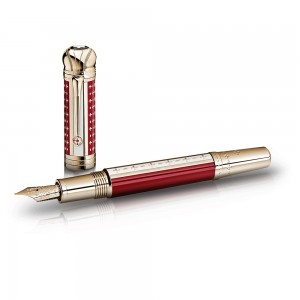 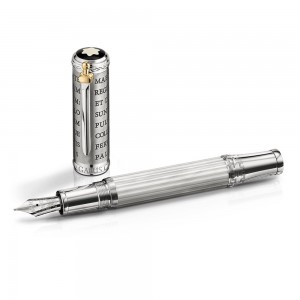 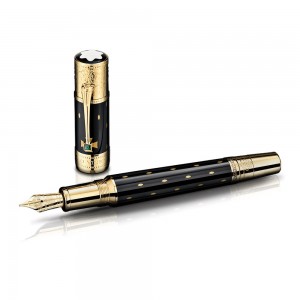 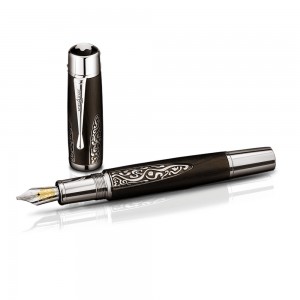