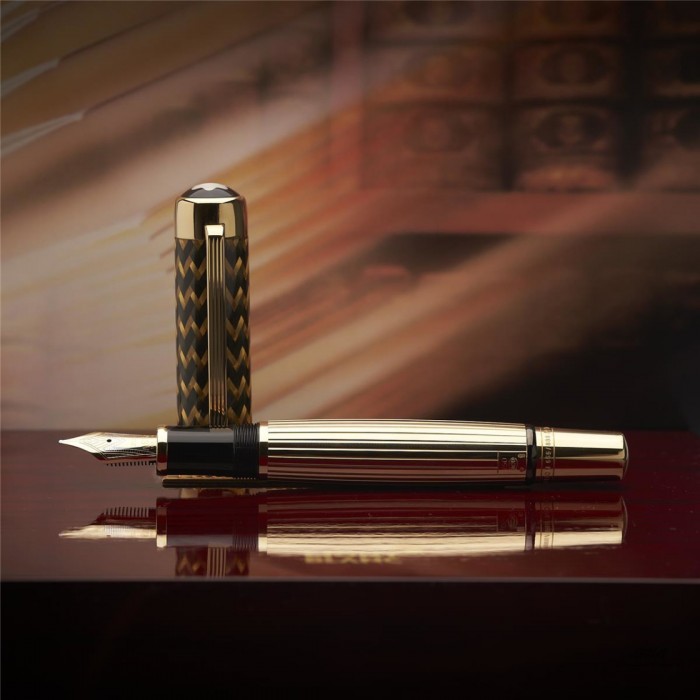 America's Golden Age - the emergence in the 20th century - was dominated by the growing trend towards industrialization and the great financial magnates of Wall Street.

At his zenith, John Pierpont Morgan was not only the richest but also the most influential of these tycoons.

He was widely respected as a charismatic businessman who despite his pursuit of wealth was always committed to the greater good and progress of the American nation.

Throughout his life, John Pierpont Morgan was a keen art lover and patron in addition to being a distinguished figure in the world of high finance. As a notable philanthropist, he was involved in projects that included financing new buildings for Columbia University and was co-founder of the American Museum of Natural History and the Metropolitan Museum of Art.

His legacy as a preeminent collector of art manifests itself most impressively in the Morgan Library named after him in New York: Originally used as a private library by John Pierpont Morgan, the building was opened to the public in 1924 in accordance with the terms of his will.

Today the Morgan Library is internationally renowned as one of the greatest treasure houses of major works relating to art, literature, music, and history.

The barrel of this monumental edition has an elegant column-like shape with a simple linear engraving that runs through its length and is reflected on the pen's clip. The pen's cap is dominated by a sleeve of woven fibers of carbon and metal, this unique finish has a very industrial feeling true to the soul of the industrial magnate. The nib of the pen is made of 18kt gold in two tones, most of the nib is in yellow gold, but the letter "M" is rhodium coated.

This is a truly breath-taking pen and possibly one of the strongest classics in the Patron of Art collection.

The Montblanc Patron of Art John Pierpont Morgan 4810 fountain pen was introduced in 2004 in only 888 numbered pieces.

This is new pen from our stock, it has never been used or sold and is in an overall exceptional condition. This fountain pen comes with the full set of box and papers as supplied by the manufacturer.