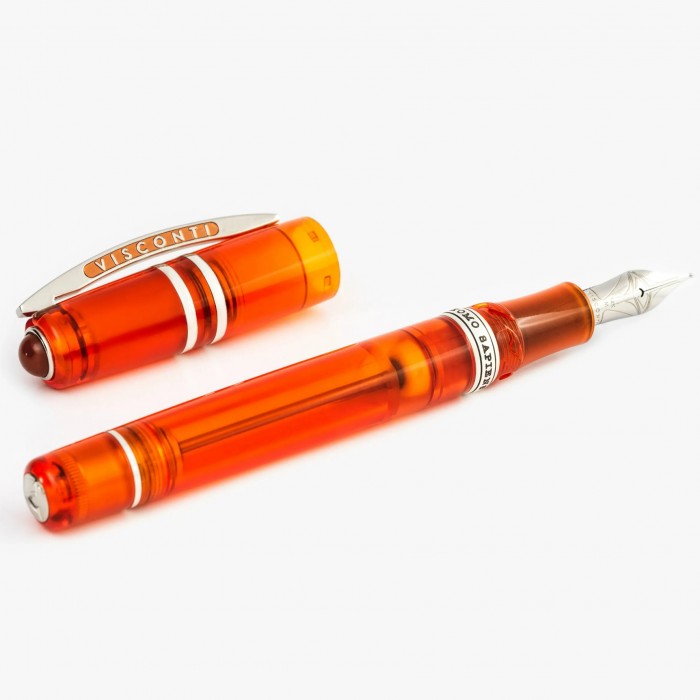 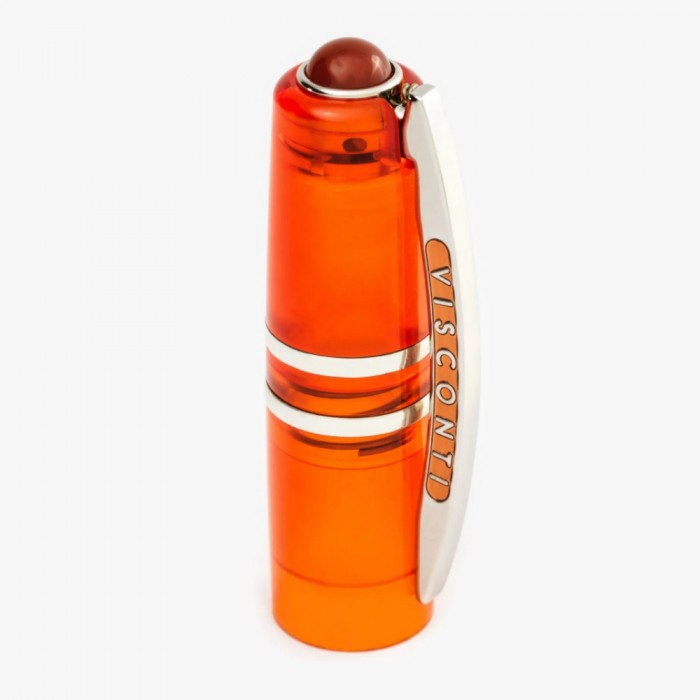 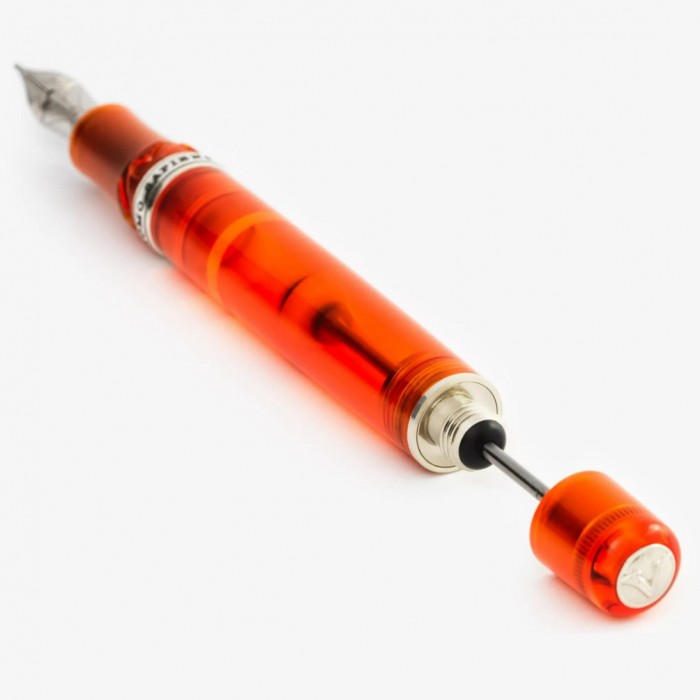 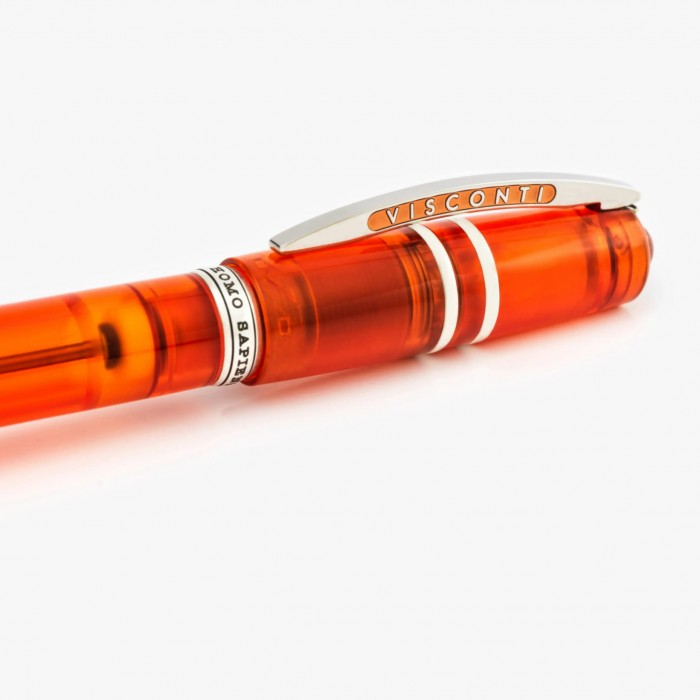 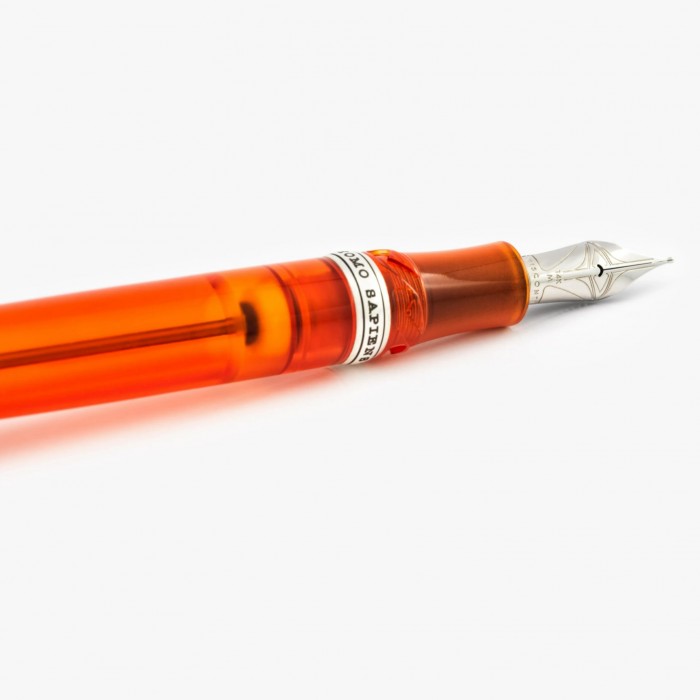 The Homo Sapiens Demo Gems collection is inspired by the beauty and light of natural gemstones.

Visconti's continuous research has led them to ask: can matter be ethereal? The answer is in the new Homo Sapiens Demo Stones pens.

Its true power is born out of its natural encounter with light, which gives life to its transparency, density, splendour and fluidity.

For the colours of the Homo Sapiens Demo Stones collection, Visconti was inspired by the beauty of the most sought-after coloured gems: Emerald for dark green, sapphire for deep blue and ruby for intense red.

Rubies, sapphires and emeralds have been admired for their rich colours for thousands of years.

The Mandarin Garnet edition was released in 2022 and has an intense orange color.