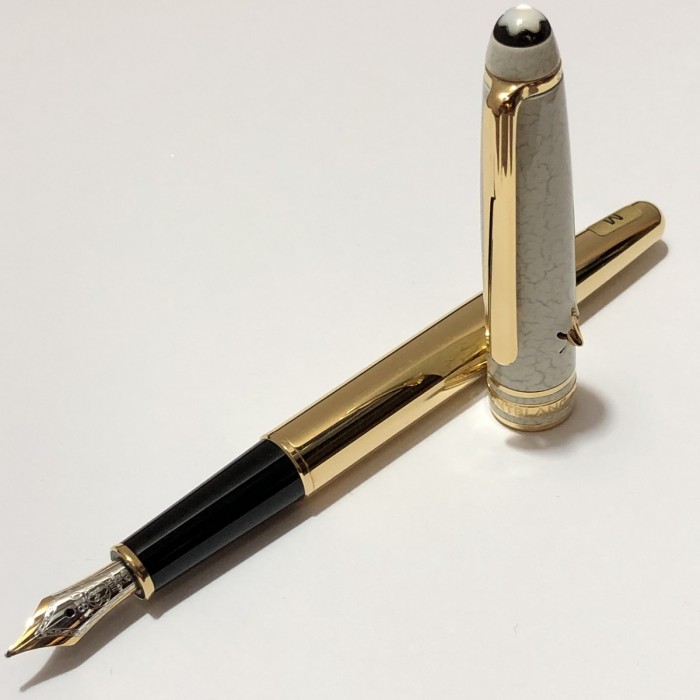 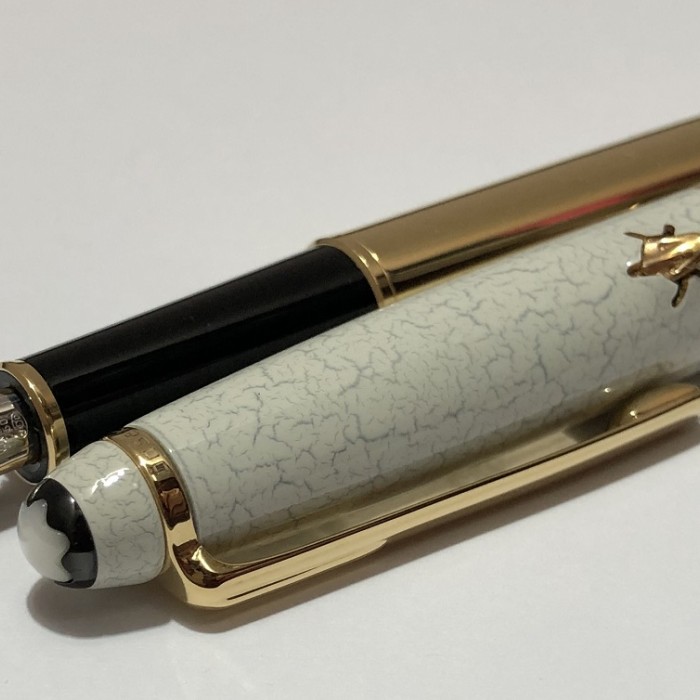 The Montblanc Artisan's Edition Magic Beauty fountain pen is a rare edition that was released in the early 2000s as a part of the "Fairy Tale" collection.

The fountain pen was developed on Montblanc's popular 144 size.

The barrel of the fountain pen is made of highly polished gold coated metal. The cap features gold coated details and a beautiful craquelé finish. A beak made of 18kt gold appears to be breaking the egg, a beautiful representation of the ugly duckling breaking its egg.

The top of the cap is decorated with Montblanc's emblematic star made of mother of pearl.

The fountain pen has a two-tone 18kt gold nib and a cartridge/converter filling system. 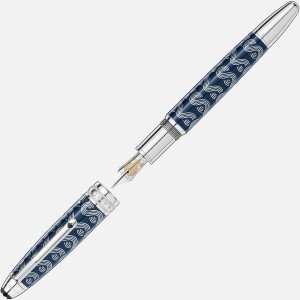 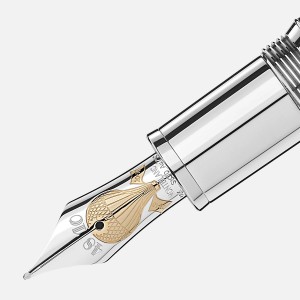